“The Traveler’s Life” (An Irishman in Mexico)

Welcome to the first edition of our new column, ‘The Traveler’s Life’, with me, Stewart Mandy. 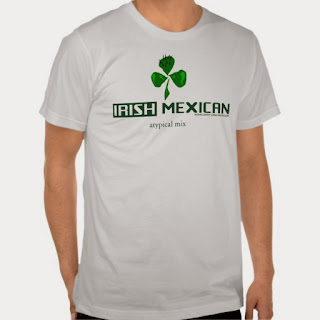 Through this column I will be your virtual guide to a host of useful and interesting information, features, and events. I will be bringing you the latest travel news related to the Yucatan Peninsula, getting here, and moving around, as well as reports of events, attractions, and information you can use.
I’ll cover local happenings, show you the hidden side of places you may already have heard of, and take you to some places that foreigners don’t often go.
Sometimes, I will ‘eat and drink’ on your behalf, so you’ll know if a place is worth the trip. If you are planning a trip, I will help to whet your appetite for what awaits you.
While those of us who live here already know that the Yucatan is the best place on earth to live, we all need to get away sometimes, and therefore I’ll also be covering other destinations within Mexico and abroad, for when you fancy a change of scene.
Please let me know if there is an aspect of living in or traveling around Mexico and the Yucatan that you would like covered in a future column. I hope in the weeks and months ahead to keep you entertained, intrigued, and informed.
Without further ado, let’s look at this week’s top Mexican travel story – the exciting news that VivaAerobus, Mexico’s fastest growing airline, has agreed to purchase 52 Airbus A320 aircraft, representing the biggest Airbus aircraft order by a single airline in Latin American history.
The airline will begin welcoming the new aircraft in the 2nd quarter of 2014, and will replace its entire existing fleet of older 737-300 aircraft by 2016.
The new aircraft will also be used to realize VivaAerobus’ domestic and international expansion plans. The airline’s intention is to convert long distance bus travelers to air travelers, by offering low fares and convenient services. Its operation is similar to low-cost carriers such as Southwest Airlines in the USA, or Ryanair in Europe.
Currently, VivaAerobus serves 5 cities in the southeast of Mexico: Cancun from 11 cities across the country including Mexico DF, Guadalajara, Monterrey, and Veracruz; Merida from Guadalajara and Monterrey; Campeche from Mexico DF; Villahermosa (Tabasco) from Cancun, Guadalajara, Monterrey, and Toluca; and Tuxtla Gutierrez (Chiapas) from Cancun, Guadalajara and Monterrey. Cancun is the airline’s third largest hub, providing easy access from the Caribbean coast to destinations across Mexico.
What else this week? Here in Merida, we are preparing to celebrate Hanal Pixan, the Mayan version of the Day of the Dead celebration which is observed in the rest of Mexico.
Hanal Pixan occurs on November 1 and 2, and as a prelude, on October 31, Merida will experience El Paseo de las Animas, the Passage of the Souls. The route will run from the General Cemetery to the arch at San Juan, starting at 6pm.
There will be music, regional gastronomy, the ceremonial parade, and exhibition of the typical Yucatecan altars. Guided tours of the cemetery will be available (in English and Spanish) as well as three performance stages along the route. It’s a truly unique event, not to be missed.
And coming soon… the Yucatan State Fair at Xmatkuil, one of the highlights of the year for many people in the region.