Mexican President Enrique Peña Nieto has spoken forcefully about his plan to address the challenges that have impeded Mexico's economic and social progress. And recently, he laid out his intention to address perhaps the most contentious: Mexico's energy sector. 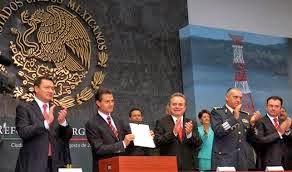 Many believe the president will achieve his goal to allow increased private and foreign participation in the oil and gas and power sectors. That's partly due to his political savvy, but also because reform is sorely needed from the standpoint of energy production and the nation's fiscal sustainability.
The prospect of liberalization in Mexico's energy sector has long been of interest to global oil companies and service providers. The country has significant resources - deepwater and unconventional. And the national oil company, Pemex, has been unable to develop much of them, largely due to both insufficient investment capital and technological capability.
Deepwater is thought to hold the strongest lure, but Mexico's unconventional hydrocarbons potential is great. In 2013, the country's prospective shale gas resources were estimated by the U.S. Energy Information Administration as the sixth-largest in the world.
Indeed, it is in the development of these unconventional resources that the most transformative effects of Mexico's energy reform may be felt. For proof, consider the dramatic turnaround in U.S. energy fortunes due largely to new techniques that have made the country's plentiful stores of shale oil and gas economically recoverable.
U.S. oil production has reversed a 30-plus year decline and by some estimates the country will become the world's largest oil producer by as early as 2017 and will achieve full energy self-sufficiency by 2030. And, abundant natural gas benefits the U.S. economy in a number of ways, including the lowering of manufacturing costs, thus boosting economic competitiveness.
Mexico will likely experience a ramping up of shale gas development once the energy reform measures take effect. Not unlike when NAFTA entered into force many believe that given its geology contiguous to Texas' Eagle Ford region, northern Mexico will experience the most profound change.
And that means the demands on the region for improved transportation infrastructure will be great. As will the demand for improvements in water and wastewater infrastructure, new housing, schools and health care facilities.
For an idea of the potentially transformative effects Mexico's energy reform may bring to its northern border, consider the major changes that have occurred over the last few years in south Texas. The natural gas production boom enabled by new techniques such as hydraulic fracturing ("fracking") and horizontal drilling took off around 2009. The economic impact of the subsequent boom in a roughly 20-county region has been huge. And, while communities in the region have by and large welcomed the positive economic benefits of the boom, not all the impacts have been positive.
For Mexico's border region, it's important to not lose sight of the fact that Texas' energy boom has had both positive and negative impacts. While new economic activity and tax revenues will bring a welcome infusion of funds to government coffers, the demands of a boom in shale activity could prove daunting.
Mexico's likely reform of its energy sector brings the promise of new opportunity for the country and for our shared border. Investment, cross-border collaboration and a sustained commitment are necessary to ensure that further changes the energy opening will bring to the region are largely positive.
The U.S. needs to awaken to this fact and prepare to work more strategically with our neighbor. Both countries have much to do to ensure that the region gets in front of the impending change and addresses those issues that matter most to the economic strength of the region and the quality of life of its residents; on both sides of that border.