Aboard a floating fortress of solitude in the Sea of Cortes

Rising at dawn to catch the sunrise, cruise passengers nursing coffee cups watched as the Safari Endeavour glided past the Baja Peninsula’s ragged coast. As the rays played over the cliffs, each thumb-shaped cove and crescent beach came into view for a minute or two, then slid out of sight, disappearing astern. 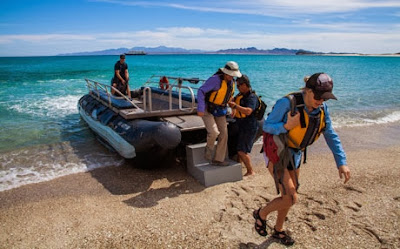