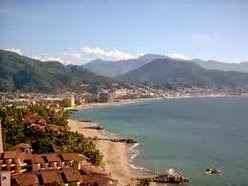 The Mexico Tourism Board has announced the launch of a major new $10 million advertising campaign.

The campaign has been built around the tourist haunts of Riviera Nayarit and Puerto Vallarta.

The campaign will be named Vallarta - Nayarit. Live it to Believe it!
Created to increase the influx of tourism to both destinations, each destination will continue to be branded individually.

The tourism board is hoping the added exposure will increase visitors to each of the destinations.