(Reuters) - Mexican lawmakers are considering trying to make up for a likely shortfall in the planned budget for next year by raising the fiscal plan's conservative oil price revenue estimates. 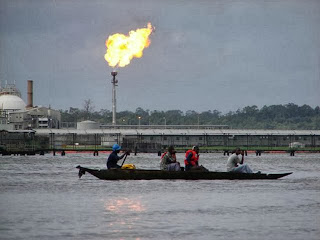 Congress is debating changes to President Enrique Pena Nieto's planned fiscal form, and is poised to strip out or water down part of the plan the government hopes will raise around $35 billion in additional tax revenues over the next five years.
Mexico relies on revenues from state oil monopoly Pemex to generate about a third of federal tax receipts, and the 2014 budget has projected an average oil price of $81 per barrel.
Lawmakers in the ruling Institutional Revolutionary Party, or PRI, say Congress will consider raising the estimate to $86 per barrel, the benchmark for this year.
"We're weighing this possibility," said Jorge Herrera, a senior PRI member of the lower house finance committee.
Mexico's crude mix has averaged $96 a barrel this year, according to Thomson Reuters data, and the finance ministry has often opted for conservative price estimates.
Finance experts in Congress say each additional dollar in oil prices could bring in another 7 billion pesos ($535.5 million) or more, which would deliver a boost of at least 35 billion pesos.
That figure would make up for a large chunk of expected losses to the projected revenues for next year due to cutbacks in the divisive fiscal reform. But it would not change the fact the tax reform risks reaping far less than many had hoped.
The PRI had opened the door to raising the sales tax on food and medicine to boost tax receipts, but the government backed out in the end when the economy suffered a shock contraction.
Now, further items are being stripped from the reform.
Departing from the government's initial proposal, the PRI has said that the sales tax should not be levied on private schooling, mortgages, housing rents and sales of cheaper homes.
Moreover, a portion of medical outlays will be deductible from taxes, a planned carbon levy will be pared back and exemptions are likely to be granted to export-driven assembly plants concentrated in border regions in northern Mexico.
Congressional finance experts are also considering watering down a planned mining royalty charge of 7.5 percent on profits that would enable companies to deduct investment on prospecting from their tax bill, several lawmakers said.
Allowing those deductions could bring the effective charge on miners to about 4-5 percent in real terms, one of the lawmakers said, speaking on condition of anonymity.
Congress is also considering adjustments to the government's plan to impose a heavier tax burden on Mexico's wealthiest, which foresees introducing a new top income tax rate of 32 percent on people earning above 500,000 pesos a year.
That 32 percent threshold could be raised to those earning 1,000,000 pesos a year, and lawmakers are also mulling a further bracket of 34 percent or more on those with higher incomes.
The top income tax rate is currently capped at 30 percent.
According to people familiar with the negotiations, annual incomes above 1,500,000 pesos or 2,000,000 pesos or more could be targeted if Congress agrees to create more higher brackets.
The opposition leftist Party of the Democratic Revolution (PRD), which has offered the strongest backing to the PRI for the tax reform, has also floated imposing higher taxes on junk food and computer games to boost coffers.