SAN DIEGO — In one of the last races when SCORE Trophy Truck raced as its own series, enjoy one of Ivan Stewart’s patented victories in the Tecate SCORE Baja 500 when in the 1997 classic race comes out of the historical vault and to be aired this week on SCORE Throwback Thursday, one of Roger Norman’s new Internet creations, the presentation of another memorable race this week. Norman’s latest program showcases classic SCORE race footage primarily produced as television shows. 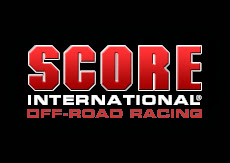 Thursday’s episode at 7 p.m. (PT) will be the telecast of the 1997 Tecate SCORE Baja 500 which has been the second-most popular desert race in the world since it began in 1974.

Norman’s new Internet show is another part of the inventory of his new Dirt Live productions which produces the weekly Dirt LiveHD studio show each Tuesday as well as the expanded race-week coverage for his SCORE and HDRA racing organizations.

“A key part of SCORE is its history and we are very happy to be able to make these historic programs available like this worldwide through our Dirt Live platform,” commented Norman, in his first year as CEO/President of the legendary SCORE International desert racing organization. “We are really moving at warp speed in so many different directions and SCORE Throwback Thursday not only helps us veterans of the sport sit back and remember the rich history of SCORE, but it also helps introduce an entire new audience to the magnificent legacy of SCORE.”

“These shows will also remind some and introduce others to the legends of SCORE racing like Ivan Stewart, Walker Evans, Roger Mears, Larry Ragland, Johnny Campbell, the Herbst Brothers, Steve Hengeveld, Mark McMillin, David Ashley and Dan Smith. We like remembering our past as we sustain our legacy as the world’s foremost desert racing organization. We are really pleased to be able to preserve the rich history that has made SCORE the iconic international symbol that it has been for 40 years.”

With plans to create an internet video library of SCORE’s iconic history, much of the inventory of shows and footage for SCORE Throwback Thursday is material originally produced by award-winning motorsports videographer Don Shoemaker.

SCORE production manager Andrew Grimshaw helped conceive the idea for this new programming platform as SCORE continues to develop increasing ways to expand the reach of not only SCORE but the entire sport of desert racing.

Stewart, who drove a Toyota SCORE Trophy Truck, earned 17 class wins in the SCORE Baja 500 in his legendary ‘Ironman’ career and the 1997 Tecate SCORE Baja 500 was the eight of 10 overall wins.
Mark McMillin, part of the iconic three-generation McMillin Racing family team, has five class wins in this race and in 1997 it was his second of three overall wins.  He won in 1997 in a Porsche-powered Jimco unlimited open-wheel desert race car.

Starting and finishing in Ensenada, the 1997 Tecate SCORE Baja 500 had 214 official starters and 98 official finishers.

Roger Norman’s Dirt LiveHD one-hour show is broadcast live weekly and the show is anchored around Norman’s two desert racing series, the SCORE Desert Series and the High Desert Racing Association as well as the new bonus points championship purse program he has developed called the World Championship of Desert Racing. All live events, this week was the 36th consecutive weekly Dirt LiveHD episode to air.

Dirt LiveHD also goes on-site live with expanded event coverage during SCORE and HDRA race weekends and will next be covering the legendary 46th Annual Tecate SCORE Baja 1000, Nov. 13-17, which will start and finish this year in Ensenada, Mexico.