Research and Markets: Travel and Tourism in Mexico to 2017: In July 2013, US-Based Apple Leisure Group Announced Plans to Invest US$600 Million in Six Tourist Projects in Mexico

DUBLIN — Research and Markets(http://www.researchandmarkets.com/research/9brt9h/travel_and) has announced the addition of the "Travel and Tourism in Mexico to 2017" report to their offering. 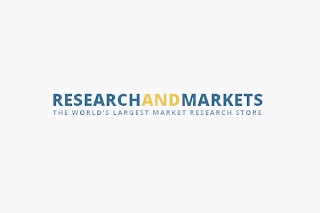 Despite a decline in 2009 due to the financial crisis, the Mexican travel and tourism sector performed well during the review period (2008-2012). Inbound trips to Mexico recovered to register a CAGR of 0.52%, and outbound tourist volumes posted a CAGR of 1.09% during the same period. Promotional activities by the tourism authority, coupled with relatively stable economic conditions, were the key growth drivers. According to the World Travel and Tourism Council (WTTC), tourism accounted for 12.5% of the nation's GDP and 13.9% of its total employment in 2012.
Key Highlights
- Mexico's unemployment rate eased from 5.5% in 2009 to 5% in 2012, suggesting a gradual improvement in the labor market. Declining labor costs brought about an increase in the total number of employed persons from 46.6 million in 2011 to 48.1 million in 2012, showing a growth of 3.3%. The unemployment rate is expected to average about 4.4% to 4.8% in the next five years.
- Mexico's North American neighbors play a major role in tourism activity within the country. Realizing their importance, the Mexican government is taking steps to increase the volume of tourists arriving from the US and Canada. In 2012, Mexico welcomed a total of 18.4 million inbound tourists from the US and 1.3 million from Canada.
- Capital investment in tourism increased from MXN209.3 billion (US$16.6 billion) in 2010 to MXN228.2 billion (US$17.3 billion) in 2012, due to government measures to promote tourism.
- Domestic tourism plays a vital role in Mexico's economy. In 2012, Mexico registered 200.4 million domestic trips, while the volume of outbound trips measured 194.4 million. Domestic trip flows are high compared to inbound trip volumes.
- There has been growth in aviation capacity in Mexico, especially in recent years. In August 2013 Aeromexico Airlines increased its fleet size by one Boeing 787-8 jet. The airline has also planned to add another 19 Boeing 787-8 jet by the end of 2019. In 2011-2012, Interjet and Volaris have each ordered more than 40 Airbus jets.
- Mexico's accommodation industry has evolved gradually over the last decade, with significant investments in the region resulting in the expansion of existing hotels and the opening of new ones. In July 2013, US-based wholesale vacation provider Apple Leisure Group announced plans to invest US$600 million in six tourist projects in Mexico. Other structural economic changes such as improvements in air and road infrastructure have also increased demand for hotels.
Companies Mentioned
About Research and Markets
Research and Markets is the world's leading source for international market research reports and market data. We provide you with the latest data on international and regional markets, key industries, the top companies, new products and the latest trends.