Catholic Charities, Washington Middle School to provide support for students
Albuquerque resident Yadira Sanchez, a native of Sinaola, Mexico, has been a busy stay-at-home mom, raising her four children who range in age from 2 to 22. 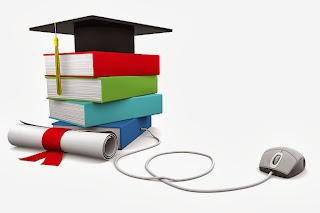 For various reasons, she never completed her middle school education in Mexico, she said, and the opportunity to jump back in had not presented itself – until now.
On Tuesday, Sanchez, 42, went to the office of the Consulate of Mexico in Albuquerque to register for Plaza Comunitaria, a program of the government of Mexico that provides a structured online curriculum for adults,
“I want to advance myself and finish school and be able to help my children with their homework,” she said, speaking through an interpreter.
Locally, the program will operate out of Washington Middle School and at Catholic Charities of Albuquerque, said Mauricio Ibarra Ponce de León, the consul of Mexico in Albuquerque, where the program was announced at the consulate office during a morning press conference.
Adults in the program, including youths at least 16 years old, can “rejoin the formal educational system,” taking courses that include “both e-learning and on-site sessions with trained volunteers,” he said.
The program is offered at no cost to the student. Partnering local institutions provide the facilities and computer access, while the government of Mexico delivers the online course materials. Those who complete the program get a Certificate of Conclusion from the Federal Ministry of Education.
“With a certificate, I will be able to keep studying and maybe some day go to a university,” Sanchez said.
Although the Plaza Comunitaria program is new to New Mexico, it has been offered in Mexico for about 20 years and in some communities and prisons in the United States since 2001.
Ponce de León says all 50 Mexican consulate offices throughout the United States now have access to it, and he expects they will each find local partners to help make it available to ever more Spanish-speaking people living in the United States, regardless of their nationalities.
Jim Ganon, executive director of Catholic Charities of Albuquerque, said “we are already one of the major providers of adult education here in Albuquerque, and the largest provider of Spanish adult education, so the Plaza Comunitaria program complements the families we serve.”
Blanca Lopez, principal of Washington Middle School, said about 95 percent of her school’s student body is Hispanic, and while the program will be open to the entire community, many of her students’ parents have pre-enrolled.
A Plaza Comunitaria program recently begun in Clovis has already graduated students, said Eva Garcia, director of federal and bilingual programs for the Clovis Municipal Schools. “The best teaching practices are those in which we teach our students in a primary language at the same time we teach them English.” Students who become bilingual “outperform students who are monolingual,” she said.