DEVELOPER WAS BEHIND EXPANSION OF CABO SAN LUCAS


His given name was Robert Jackson, but depending on the situation, he answered to a host of handles. On the golf course, he was “Uncle Bob.” Longtime friends called him “Reggie,” and, as a pioneering land developer in Mexico, he was known as “Baja Bob.” 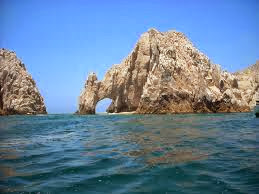 Most often, though, the genial and influential Mr. Jackson was simply hailed as “one in a million.” His innate cheerfulness and savoir faire were assets to the man who was president of not one but two country clubs.
“Part of the charm of Bob was that he was old school,” said longtime golfing buddy Ron Wilson. “Because of his seniority at Fairbanks Ranch Country Club and La Jolla Country Club, he did not hesitate to comment about things he saw that were inappropriate.
“It would be along the lines of, ‘Young man, this is a private country club. Keep your shirt tucked in.’ Or, if we were in the members’ grill and he saw someone with their hat on, he would say, ‘This is a private country club. Gentlemen do not have their hats on inside dining facilities.’ ”
Mr. Jackson died from complications following surgery Sept. 11 at St. Jude Medical Center in Fullerton. The Rancho Santa Fe resident was 87.
Robert Erwin Jackson was born on April 9, 1926, in Seattle, the only child of Erwin Jackson and Leslie Thompson Jackson. In 1944, just before his 18th birthday, he enlisted in the Army Air Forces and served until the end of World War II.
He earned a bachelor’s degree in business from UC Berkeley in 1952. Two years later, he moved to San Diego to accept a sales job with Merrill Lynch in La Jolla. In 1960, he became manager/partner of E.F. Hutton in La Jolla, playing a key role in taking Pacific Southwest Airlines and SeaWorld public, and in forming the Bank of La Jolla.
Changing careers in the early 1970s, he became “Baja Bob” as he started developing land in Baja California. He built and operated The Suites at Pamilla, which was awarded the “Small Hideaway of the Year” designation in 1983 by The Hideaway Report travel advisory. He also frequently led golfing excursions south of the border, and in 2002, penned “Lost Cabos: The Way It Was,” chronicling his adventures there.
“His love affair with Baja California extended over many years,” said longtime friend Bill Black. “He took part in the expansion of the Cabo San Lucas area and saw it grow from a few remote, virtually unknown resorts into one of Mexico’s most important tourist destinations.”
Friends with Bing Crosby, Mr. Jackson regularly participated in the Crosby Clambake, a pro-amateur tournament at Pebble Beach. He appealed to Crosby to lure fellow crooner Andy Williams to be the celebrity sponsor of the local tournament he was involved in through the Century Club. With Williams’ alliance, the San Diego Open became the Andy Williams San Diego Open and enjoyed a significant uptick in prominence.
In 1960, Mr. Jackson became president of the La Jolla Country Club. Two decades later, he helped develop the Fairbanks Ranch Country Club and became its first president. Under his leadership, the club sold out its membership within 90 days. At his death, Mr. Jackson was president emeritus, and the annual Jackson Cup tournament named for him would continue in perpetuity.
Mr. Jackson enjoyed flying and owning thoroughbred racehorses, but nothing held a candle to a game of golf. Every Saturday for the past 20 years, he could be found on a country club course with the same tightknit group of friends, all several years his junior.
“Bob was a big part of the glue that kept our foursome together. He was just so entertaining,” Wilson said. He once told his partners he didn’t like playing with golfers his own age.
“ ‘Those guys depress me because they are so old,’ ” Wilson recounted Mr. Jackson saying. “ ‘You guys are so young and you are keeping me young.’
“Bob was at an age that was not far from our fathers, but he was a young-at-heart guy.”
Mr. Jackson was predeceased by his wife of 51 years, Barbara King Jackson, in 2007. He is survived by daughters Katie Withers of Irvine and Julie Jackson of Kew Gardens, N.Y.; a son, Robert Jackson Jr. of Pasadena; three grandchildren; one great-grandchild; and his faithful dog, Otto.
A celebration of life will be held at 2 p.m. Oct. 5 in Del Mar. Interested guests may call (323) 744-1485 for more information.