Despite its lackluster performer this year, Mexico is still a favorite investment for Latin America-bound emerging market fund managers. And on Monday, investors were given another reason to like this country. 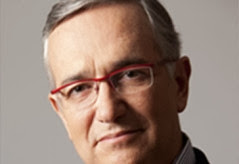 Retail sales rose 1.3% year over year in July. The headline retail sales index posted a stronger expansion than consensus, which was 0.5%. In seasonally adjusted terms, Mexican retail sales rose 0.6% month over month, also above than consensus.
The surprise of Mexico’s retail performance is due to general goods same-store sales (SSS) declined 4.7% in m/m sa in July, while consumption imports also contracted 1.7% m/m sa in that month.
Five out of eight sectors posted monthly gains within retail and within that universe, automotive did best.  Car sales were up 2.7% on the month. Healthcare, supermarket and department store sales increases made up for declines in food and clothing drops.
Besides today’s retail sales data, investors are getting more upbeat about Mexico’s leader, Enrique Peña Nieto.
Mexico is introducing some new reforms to increase competitiveness. One the market is most excited about is in the the energy sector.  Right now, government oil giant Pemex rules the land and sea when it comes to oil and gas. Nieto wants to invite others to give Pemex a hand. So far, he has had a couple of successes in the government, which suggest entrenched interests inside Pemex may be coming around, albeit slowly, to his line of thinking.
Key figures are taking his side. Pemex CEO Emilio Lozoya Austin said in August that if the government fails to reform its energy policy, Mexico could become an oil importer as soon as 2015.
For now, the Constitution of Mexico reserves the natural resources for the people of Mexico, so it prevents foreigners from coming in and developing oil reserves.  That work all falls on Pemex.  The investment in oil and gas equipment and exploration all end up being a big burden on Mexico’s fiscal accounts.  Plus most of the profits of Pemex go to the government and that leaves them less money to re-invest in oil production.
Peña Nieto would like to take more of a Brazil approach to its oil reserves than a Venezuelan one. Even though Petrobras is the kingpin of Brazilian oil, multinationals are allowed bigger stakes in Brazil’s oil wealth.
“Mexico needs to broaden out their tax base,” said Marc Tommasi, managing director and head of international investment strategy at Manning & Napier in Rochester, NY. “Mexico is still a big oil derivative play. And that story has been tougher to sell in recent years because the production profile has been deteriorating so rapidly. It’s getting critical and they need to do something soon,” he said.
Higher car sales means more demand for fuel in Mexico.
Mexico is looking better. Peña Nieto is one reason. A stable U.S. is another. Any upside to the U.S. economy is an added bonus for Mexico investors, Tommasi said.
But investors are still taking a wait-and-see approach to confirm whether Mexican consumers can keep the economy growing. Retail sales have been generally stagnant throughout the year.
August is looking up, said Marco Oviedo, a Mexico analyst at Barclays Capital in Mexico City.
The resumption of government expenditures along with a better manufacturing performance should support employment growth too, helping to keep Mexico in the investor spotlight for the rest of 2013.
The attention hasn’t helped Mexican equities. From a top down perspective, Mexico’s been an underperformer this year.
The iShares MSCI Mexico (EWW) exchange traded fund is down 5.03% while the iShares MSCI Emerging Markets Index (EEM) ETF is down 4.74%.   Mexico looks better in the rear view mirror. Over the last 12 months, EWW is up over 3%, while EEM is up 1.16%. And over the last five years, EWW has outright clobbered the benchmark MSCI EM, up 37.39% to the benchmark’s gain of 9.83%.