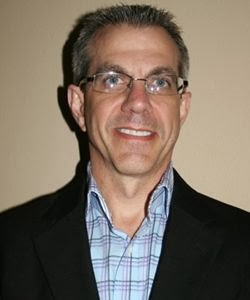 As the CFO of Tijuana Flats, Chase brings 16 years of experience in finance and business administration and will be responsible for administering all financial functions for the company including finance and accounting, corporate tax and information technology.

“I’m excited to be a part of the Tijuana Flats team,” said Chase. “I look forward to taking a hands-on approach to this new position and working closely with all departments to continue to grow the brand.”

Chase was formerly a CFO at Buca di Beppo, a national Italian restaurant chain, and Senior Vice President of Finance for the parent company, Earl Enterprises, where he managed operation disciplines and restaurant efficiencies for brands such as Planet Hollywood and Earl of Sandwich. He also held leadership positions for Universal Studios Resort and Walt Disney World in Orlando, Florida.

Chase obtained his Master of Business Administration and Bachelor of Science degree in finance from the University of Central Florida.

Since the restaurant first opened its doors in 1995, Tijuana Flats has used zero trans-fatty acids (TFA) cooking oils, 100 percent hormone free, white meat chicken, fresh produce and all of its menu items have been lard free.

Customers can choose from flour or whole-wheat tortillas for any of their tacos, burritos, quesadillas, chimichangas and flautas. This restaurant also has a popular “Power Lite” selection, which allows customers to choose low-fat cheese and fat-free sour cream in any menu item. There is no charge for selecting a whole-wheat tortilla or Power-Lite.

Known worldwide for their own brand of hot sauces, Tijuana Flats Hot Foods Inc., a separate company, provides the restaurants’ specialty products, hot sauces and condiments, including one of the hottest sauces in the world, Smack My Ass and Call Me Sally…“Going Postal.” For more information about Tijuana Flats, including menu and locations, visit www.tijuanaflats.com.