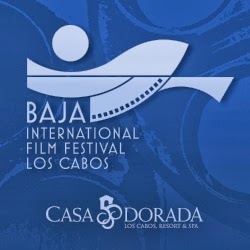 The celebrity-studded four-day festival will continue until November 16th showcasing dozens of cinematographic works by directors from Mexico, the U.S. and Canada. Aiming to create a bridge between the film industries of these three neighboring countries, BIFF explores reflective, daring and inspiring film proposals, and consolidates a platform for cultural exchange, trade and tourism for industry leaders.

Program includes the animated film Foosball, by Academy Award winner Juan José Campanella, as the opening film and premiere in Mexico, as well as the world premiere special presentation of Cafe Tacvba’s new documentary: The Object Formerly Known as a Record. The Science of Sleep by Michel Gondry – a tribute to Gael García Bernal – and The Movie, by Gregory Allen, are also among the highlights of this year’s program.

The official competition section consists of eight features and documentaries from Mexico, Canada and the U.S., including Matt Johnson's Sundance winner The Dirties and Daniel Patrick Carbone's drama Hide Your Smiling Faces, which premiered at Tribeca.

In addition to film screenings, there will be workshops, industry panels and a series of exclusive events, where movie lovers will be able to mingle with celebrities such as Charlie Sheen, Peter Greenaway and Oscar winner Juan Jose Campanella, among others.

“We are truly pleased to sponsor the Baja International Film Festival 2013 which brings a lot of excitement and enthusiasm to the area for film aficionados from across North America,” said Leonardo Perli, General Manager, Casa Dorada Los Cabos. “We look forward to offering the attendees of this exclusive event beautiful accommodations in the heart of Medano Beach.”

With an incomparable location on Medano Beach--the best swimmable beach of Cabo, Casa Dorada is just steps away from world-class shopping, dining, entertainment, and the marina. As a member of Preferred Hotels & Resorts, a collection of the world’s finest independent luxury hotels, Casa Dorada Los Cabos brings the upscale service and family-friendly features to the Cabo San Lucas oceanfront. The Resort grants visitors a more convenient, yet equally spectacular, alternative to the more remote hotel zone of the Tourist Corridor. Boasting unobstructed vistas of Land’s End and the famous Arch, Casa Dorada is just 30 minutes away from Los Cabos International Airport. All of the 185 spacious one-, two- and three-bedroom suites and penthouses, open up to Los Cabos’ most dazzling ocean view, while the luminous and contemporary interiors ensure your comfort and satisfaction.