Tacos and tequila may spring to mind when most Hongkongers think of Mexico, but the Latin American country's top diplomat in the city says that's all about to change. 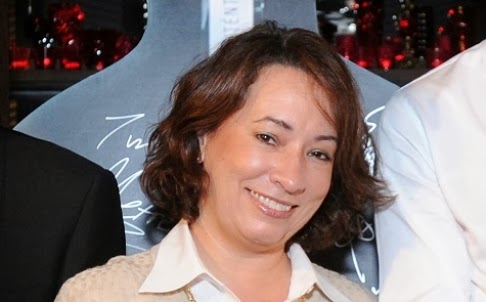 "For many years, Mexico was not so present in the Hong Kong scenario, but Mexico is now on the agenda," said Alicia Buenrostro Massieu, consul general of Mexico in Hong Kong and Macau for the past two years.
This year had been a "turning point" for Sino-Mexican relations, she said, kicked off in April by an official visit by Mexican President Enrique Pena Nieto - elected last December - to Hong Kong and the mainland.
It was the first time a Mexican head of state had visited Hong Kong since 1997.
In June, President Xi Jinping paid a visit to Mexico City that cemented ties after both countries pledged greater co-operation and signed a comprehensive trade agreement.
Among other things, the agreement opened the gates for premium tequila to enter the Chinese market.
Mexico is also due to sign a mutual legal assistance treaty with Hong Kong next year.
"Once we had the presidential visit, the big message was that the Asia Pacific region is a No1 priority for Mexico," Massieu said.
"It was a turning point and we are really building the momentum for Hong Kong and China."
While there are fewer than 10 Mexican companies currently operating in Hong Kong, a new chapter is about to be written.
Massieu is to establish an "accelerator" programme next year that will bring up to 20 small-to-medium-sized businesses from Mexico to Hong Kong for a six-month programme before possible stints at innovation hubs such as Cyberport or Science Park.
"We are seeing Hong Kong as a potential gateway and hub for small and medium-sized enterprises to expand and internationalise," she said. "Everything that works out well in Hong Kong, in terms of products or services, means it's very possible that in China it would be the same way."
Most Mexicans knew Hong Kong only as a tourist destination - "food, shopping and Jackie Chan", Massieu said.
They did not realise the city was a business hub, thanks to its financial and legal structures and services-oriented economy.
"The lack of knowledge in Mexico is so evident because Hong Kong has had these characteristics for a long time and we are just starting to wake up to it," Massieu said. "We don't have time to lose." Cathay Pacific has jumped on board with the launch of its first service to Latin America. It will operate a twice-weekly cargo flight to Guadalajara, a logistics hub in western Mexico.
"If it works out well, it has the potential to become a passenger flight," Massieu said.
The shift in focus to Asia was also about securing Mexico's long-term future. "We can't put all our eggs into America," she said. "We have very little margin and scope because everything is so concentrated on the US."
Tourism will form a key part of that shift. "In a few years, our strategy is to have China and Hong Kong being the No1 visitors to Mexico," she said. Currently, just 1,500 Hong Kong tourists visit Mexico each year.