MEXICO CITY — Mexico’s elegant Skeleton Lady is getting a new lease on life about a century after she was created. 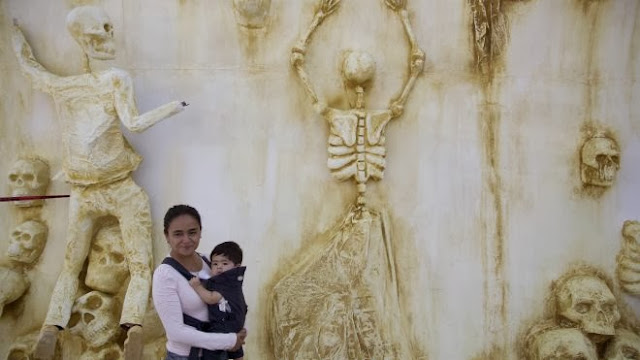 Mexico City is marking the 100th anniversary of the death of the artist who first drew her, while U.S. movie and rock stars use her as inspiration for Halloween costumes.
Known as the “Catrina,” the figure of a skeleton wearing an elegant broad-brimmed hat was first done as a satirical engraving by artist Jose Guadalupe Posada somewhere between 1910 and his death on Jan. 20, 1913.
Mexico City is marking the centennial of Posada’s death by dedicating the giant Day of the Dead offering in the capital’s main plaza to the artist.
In Mexico, such offerings traditionally consist of an altar with flowers, food and a photo of a departed loved one.